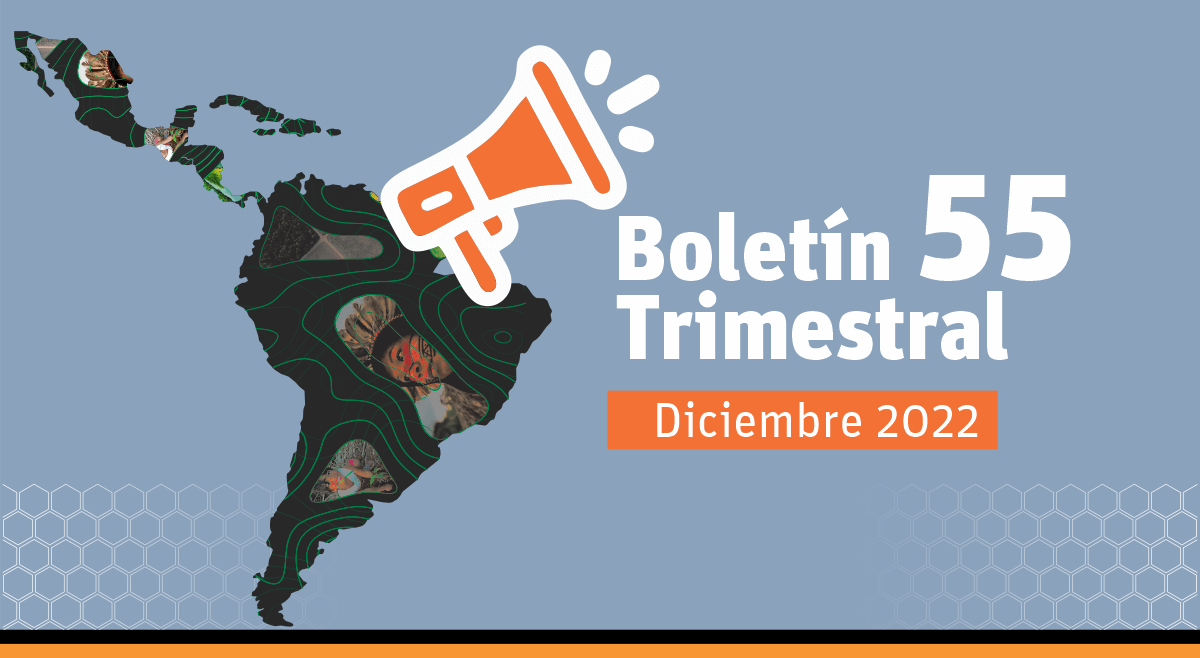 The Dataluta Network includes 11 research groups, with more than 60 researchers from all regions of Brazil. Together as a collective of thought, they are dedicated to the study of «Agrarian Geography», collecting and systematizing data on a daily basis in order to monitor changes in the agrarian context. Members of the network meet annually in different parts of Brazil with the aim of promoting debate, exchanging experiences and standardizing work criteria.

This year the meeting was held in the city of Sao Paulo in Brazil from November 29 to December 1, and the Latin American Focal Point was invited to participate. During the meeting it was possible to learn new perspectives of the Brazilian agricultural context and It was also a good starting point to discuss collaborations between the Dataluta network and the Land Matrix Focal point.

This work, developed by members of INENCO, provides the results obtained from the analysis of the link between large-scale land acquisitions and forest fires in the Chaco region of Salta. A high negative correlation was observed between hot spots and/or fires and the distance to GTT with land use change (clearing). This correlation could be due to local agricultural practices. Therefore, the relationship between fires and land use change should be taken into account to evaluate the potential impacts that GTT may have on the social-ecological systems of the Chaco of Salta.

The full report is available at the following link:
https://landmatrix-lac.org/informes-tecnicos/

The INENCO team developed a report that shows the results of the survey and the systematization of large-scale land acquisitions at three scales of analysis: global, Latin America and the Caribbean, and Argentina. The main characteristics of such investments are described and an adapted version of the Gini Coefficient for land distribution is used as an indicator of land inequality conditions. The Gini Coefficient values estimated for investments at the three scales are similar to those reported in the literature and show high levels of inequality. These results suggest that investors reproduce in the large land transactions analyzed the dynamics of pre-existing inequality in Latin America and the Caribbean and in Argentina.

The full report is available at the following link:

The Yucatan Peninsula has a great diversity of ecosystems ranging from tropical rainforests to coral reefs, petenes, mangroves, dunes, cenotes, freshwater lakes, coastal lagoons, among others (SCEM, 2020; SCEM, 2020). It is an extremely rich territory in terms of culture, as it was the cradle of one of the most advanced and amazing civilizations of its time: the Maya civilization. Mayan culture is still present in these territories through majestic archeological sites and Mayan communities that keep alive numerous traditions. Given the existing environmental, cultural and archaeological wealth, for the last two decades the Yucatan Peninsula has become an attractive place for public and private investments that generated changes in land use and processes of privatization of ejido lands.

This explosive urbanization process has been accompanied by a series of ejido land grabbing processes causing social, economic and environmental impacts. The «Xibalba» case is developed below to illustrate the phenomenon of land and resource grabbing that Mexico is experiencing through tourism.

The case describes the land acquisitions between the Xcaret group and Yalcobá communities for the construction of the Xibalba theme hotel. According to the inhabitants of Yalkobá, the complete destruction of endemic flora, the death of hundreds of animals, the appropriation of  lands at the cost of lies and bribes to authorities in turn for the authorization of projects that threaten the environment, are just some of the «foundations» on which Xibalbá, the new theme park owned by the Xcaret Group and located 39 kilometers from the municipality of Valladolid, was built. Around five years ago, the Xcaret Group arrived in the Valladolid municipality of Yalcobá to take over more than 250 hectares of land. These lands originally belonged to the inhabitants of this municipality and the community of Xtut, municipality of Temozón, in order to build the largest theme park in the region, which bears the name of Xibalbá. The original field workers stated that on that occasion a group of people approached them with the intention of buying their land, telling them that the land they had was no longer productive and that planting corn was only going to leave them deeper in misery . «These people sent by the Xcaret group assured us that by selling the land we could get the money we needed to set up a business, and the truth is that at that time the situation was just as difficult as it is now,» they said. In addition, they said they were more interested in buying from people whose properties had a cenote inside them. Another farmer who sold his land to Grupo Xcaret, explained that, taking advantage of the fact that several landowners were humble people, those sent by Grupo Xcaret offered them an amount of money well below the «standard» price per square meter, but that, being huge extensions, the amount offered became interesting for the field workers, finally they sold their land for 60 or 70 thousand pesos for approximately 20 hectares each (Grieta (Grieta (Por Esto editorial office), 2021). Shortly after the purchase was completed, the inhabitants of the community noticed that the land in question began to be completely deforested and expressed their concern about the destruction of the native flora and fauna. Noticing the discontent, Xcaret executives again sent their employees to calm the population. «This time, changing the discourse and promising thousands of direct jobs, which would bring multiple benefits that would turn Yalcobá into a prosperous community with the upcoming arrival of tourism, since the site to be built would be something better than the Disney theme parks in the United States and Europe,» they said. Today, several years later and after the terrible ecocide generated in the enormous extensions of Yucatecan jungle completely devastated and with the imminent risk to the hydrological system of the region, due to the engineers hired by the Quintana Pali emporium who created rivers, artificial lakes and all kinds of canals in the subsoil, the inhabitants of Yalcobá see with deep sorrow how they were deceived because of the excessive ambition of businessmen who only profit from the Mayan culture. They added that the promise of job creation was a big lie, since it is known that Xibalbá will only generate 150 direct jobs and another 300 indirect jobs. The great majority of these jobs will not even benefit the inhabitants of Yalcobá, which is why those who gave their approval to the project now feel deceived. We have it on good authority that the mega park, which is located between the Yalcobá-Xtuit highway and from whose junction it is necessary to travel about eight kilometers on which the Xcaret Group built its own road and which is already delimited as private property, has basically constituted a main circuit made up of eight half-open and closed cenotes, and another seven that can only be crossed through channels by means of a kayak (Grieta (Por Esto editorial office), 2021).

In the year 2022 the project was stopped by the federal environmental authority, due to the environmental impact of drilling cenotes and other works without mitigation actions. So far the opening of the work is uncertain, although some construction work continues.

The full report prepared by Claudia Mondragon (OUOT) can be found at the following link:
https://landmatrix-lac.org/dossier/#Dossier-2020

On December 12, ENCONA’s 2022 Assembly was held virtually. The leaders of the management board informed about the actions and activities carried out during the year.The most important were: the participation granted by the National Council of Family Farming for ENCONA -together with other organizations- to represent the Argentine family farming sector in the «REAF»(Family agriculture specialized meeting) of Chile 2022.
The organization has made countless efforts to achieve the regulation of the Family Farming Law 27118 and to allocate a budget to it, but this has not yet been achieved. During the assembly there was also a presentation of events where the experience of the Pilcomayo lands was presented, where the provincial state recognized the rights to 643,000 hectares of land of the former fiscal lots 55 and 14 for the indigenous and criollo families originally organized in the OFC -organization of criollo families- and in Lacka Honat -indigenous organization-.
Finally, a brainstorming session was held among the participants on the main actions that ENCONA will develop during 2023.

The full article is available at the following link:
https://landmatrix-lac.org/noticias/asamblea-encona-2022/

Once again, for the fourth consecutive year, Land Matrix Lac makes available to a tool that seeks to make visible various situations of land grabbing in Latin America, the Dossier 2022. Based on the cases of large transactions uploaded to the Land Matrix Lac database, researchers from 7 academic institutes from different countries in the region demonstrate with their studies the scope of the social and environmental effects of large land transactions and the possibilities of mitigating land grabbing in the region.

The Dossier is available at the following link:
https://landmatrix-lac.org/wp-content/uploads/2022/12/DOSSIER-2022-c-logos.pdf

The report «Bottom-up resistance”, developed by Lorena Pereyra Iza: showing women in the struggle against the advance of wind farms in Paraíba (Brazil) provides an important reflection on resistance in relation to the territorialization of wind farms in Brazil. The report highlights the action of the women’s movement of the Polo da Borborema (Paraíba) in the struggle against the advance of wind projects in their territories. The research indicates that it is not possible to understand the Brazilian agrarian space without considering the new dynamics derived from the new uses of the territory. The research shows the action of socio-territorial movements against the multiple violations of the rights of rural peoples and communities.

The full report is available at the following link:
https://landmatrix-lac.org/informes-tecnicos/resistencias-desde-abaixo-mulheres-na-luta-contra-o-avanco-dos-projetos-eolicos-no-estado-da-paraiba-brasil/

This research belongs to Land Matrix. Funds from the European Commission (EC), the German Federal Ministry for Economic Cooperation and Development (BMZ) and the Swiss Agency for Development and Cooperation (SDC) are gratefully acknowledged.

With the
support of:

Contribute to the database on land transactions!

This is an invitation to organizations working on land issues, academic institutions, researchers, grassroots organizations, government offices, and committed individuals, who are interested in sharing any kind of information on large land acquisitions in Latin America.

If you want to contribute with this initiative, you can file a report on a large-scale land acquisition by filling in a form available here.

Documents and reports produced by the Latin America Focal Point, including an update of large-scale land acquisitions in the region, available here. 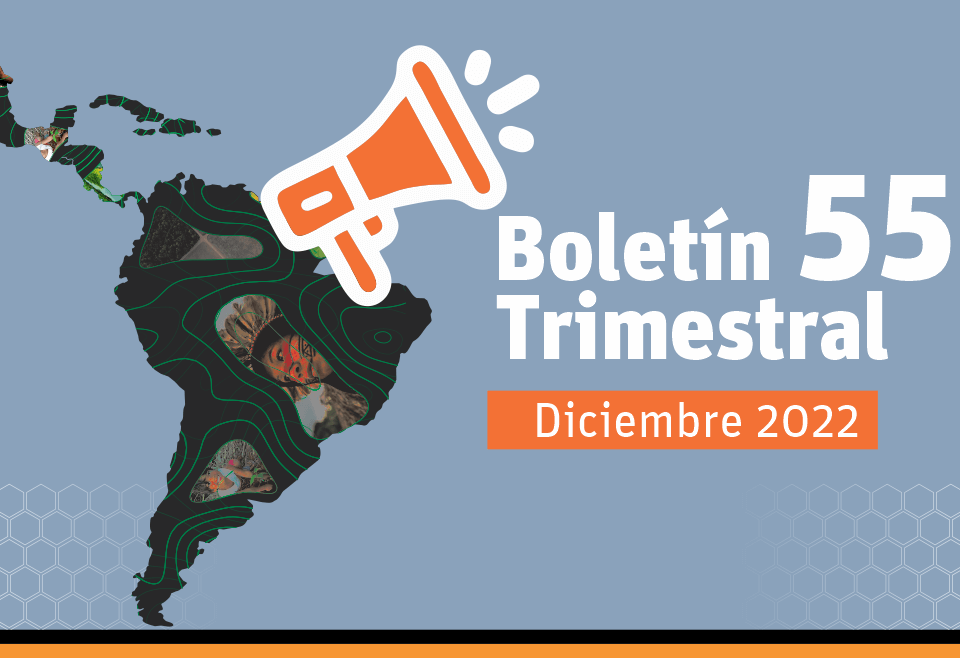 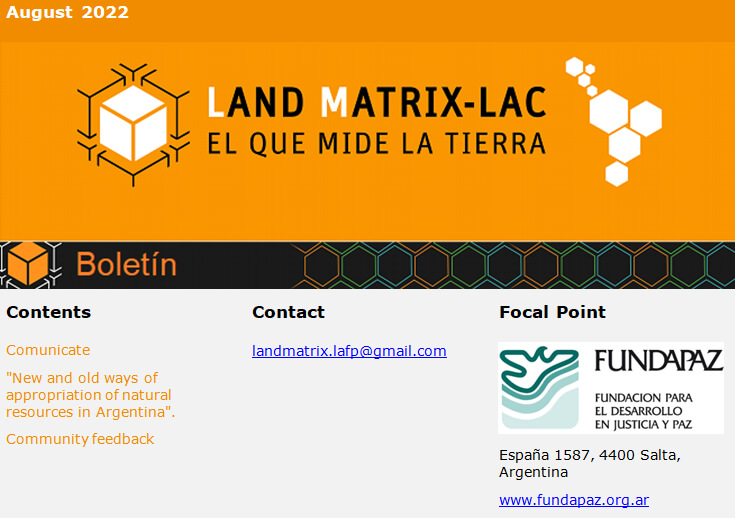 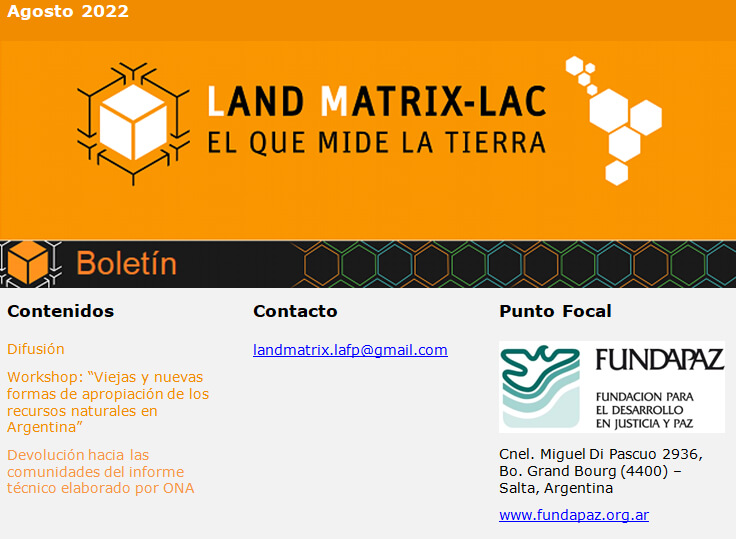